There are few things more frightening when using a computer than the sound of a disk failing or the realization that it has already failed and your data is lost. Thankfully, now that most Macs come with an SSD rather than a physical hard drive, it’s less common. But there are still plenty of new Macs sold with hard drives, and many of us also use external hard drives to store data. In this article, we’ll tell you how to detect disk failure on your Mac and what to do about it.

Tip: Before we start, do you backup your Mac regularly? Please do. It’s too late once your disk has failed, and the data is lost. Please set up a regular backup schedule now. You can use Time Machine, third party backup software, or an online backup service, it doesn’t matter. Just back up your Mac regularly.

There are any number of things that can cause a hard drive to fail. It could be the age of the drive itself that causes the heads to become worn or the disk to fail to spin properly. It could be damaged after being dropped. Or it could be that there was a fault in the mechanism all along and it’s only just shown up. A hard drive that was fine one day could fail completely the next.


Did you know? MacPaw’s CleanMyMac X has a number of maintenance tools that can keep your drive running smoothly. They won’t prevent a physical failure of the drive, but they could repair your damage disk permissions. We’ll explain how to use it later in the article. Meanwhile, download the free version of CleanMyMac X here. This software is also notarized by Apple.


How to tell if your Mac’s hard drive is failing?

There are more possible symptoms of a failing hard drive.

What to do if your drive is failing

Backup your data! Yes, I know we’ve already said that but it’s very important. If you haven’t already done so, do it now. If you think your boot disk is about to fail, you should use Time Machine to back it up to an external drive immediately. Why Time Machine? Because when you replace your hard drive, as you will have to do, you can restore your data quickly from the Time Machine backup. You will also be able to boot your Mac from the Recovery partition on the Time Machine backup, which will make getting up and running again relatively painless.

After backing up your data, your first port of call should be Disk Utility. 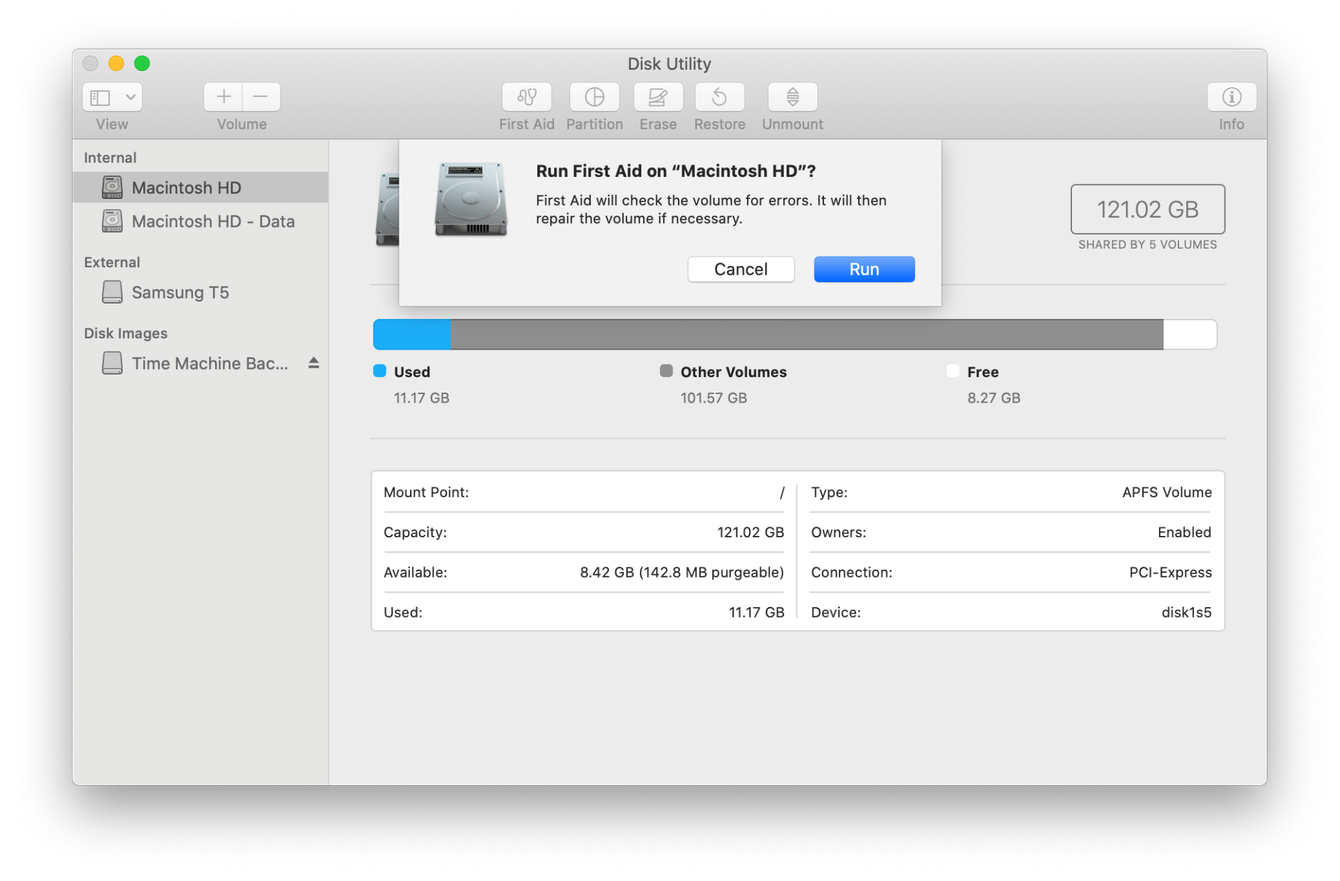 If Disk Utility detects a problem with your disk, it will fix it. That may be all you need to do, but if the symptoms persist, you’ll need to take further action.

If Disk Utility can’t fix your disk, and it’s still making an unhealthy noise or showing other symptoms of imminent failure, it’s time to replace it. How you do that will depend on which Mac you have. If it’s the boot drive on a MacBook, MacBook Air, or MacBook Pro, you’ll need to take it to an Apple Authorised Service Centre. The same goes for newer iMacs and Mac minis. If you have an older iMac or Mac mini, you may be able to replace it yourself. And if you need to repair an external hard drive on your Mac, or replace it, you can obviously do that yourself, too.

Installing new software or an update often breaks disk permissions. As a result, you can’t access certain directories of your drive — which is easy to confuse with total disk failure.

The mentioned CleanMyMac X app has a suite of Mac-repair utilities. You may give it a shot, downloading a free version and see if it affects your drive in a positive way.

After you install the app, click on the Maintenance tab in the sidebar. Then, choose Repair Disk Permissions.

As an extra step, choose the command called “Run Maintenance Scripts.” It optimizes disk performance and fixes tiny errors. Restart your Mac and see if your disk is back to normal.

Before you conclude that this is a hardware problem, you should try the last software solution at your disposal. That is to reinstall your entire macOS. 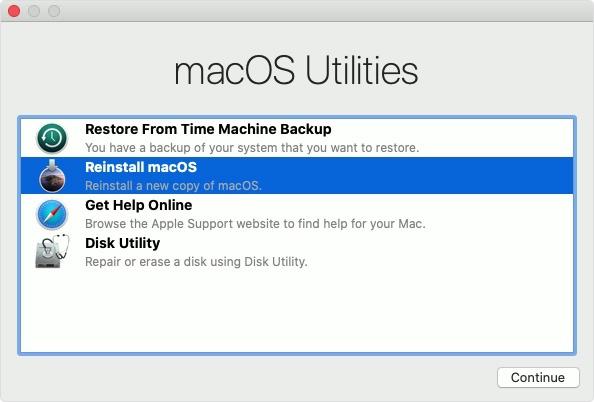 Having a disk fail on your  Mac, especially if it’s your boot disk, can be pretty scary. However, most of the time the disk doesn’t fail without some kind of warning beforehand. That could be a strange noise, or it could be files behaving  strangely, or even the disk sometimes failing to mount.

The time to take action is before it fails. Backup your files, and try and use Disk Utility to fix it. You can also use CleanMyMac X’s maintenance tools to ward off failure. It’s likely that you will have to replace the disk, but taking the steps in this article should buy you some time.